What makes the location of Pierre Amadieu vineyard so special?
Our cuvees are the fruit of a unique geological combinaison on Gigondas landscape.

A terroir impacted by the formation of Dentelles de Montmirail

The massif of Dentelles de Montmirail are mainly composed of geological formations of the secondary era (Trias, Jurassic and Cretaceous), between -230 and -65 million years. Its rocky cliffs – limestones from the Jurassic – were straightened vertically by powerful tectonic movements linked to the so-called “Nîmes” fault during the formation of the Pyrenees, then eroded over the ages. This geology, both complex and singular, is at the origin of an incredible diversity of rocks.
Learn more about the formation of Dentelles de Montmirail 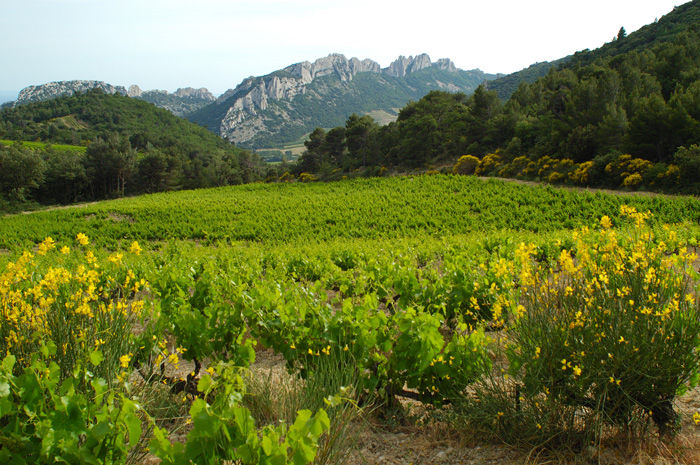 The estate’s vineyards have three strong geological components, two of which are not found anywhere else in Gigondas: 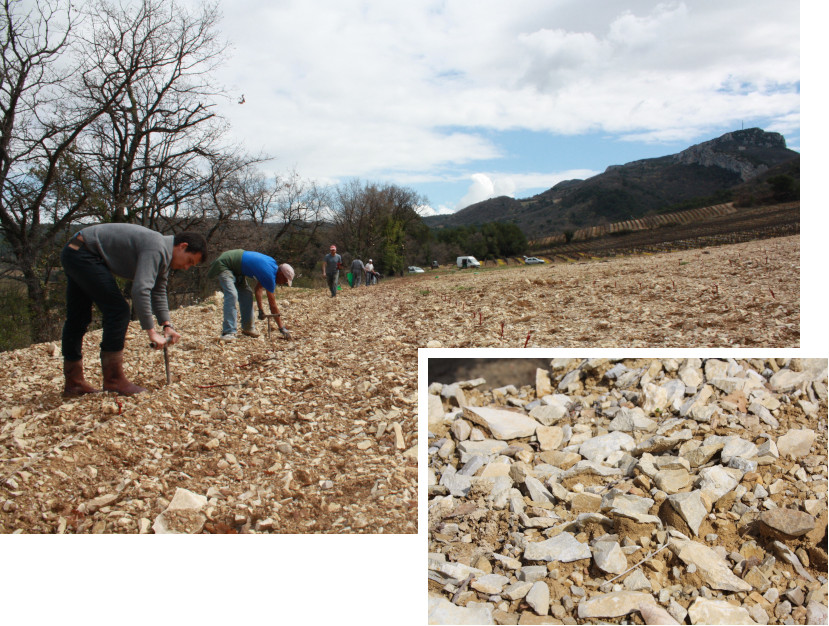 The blue marls of the Cretaceous (Gargasian) 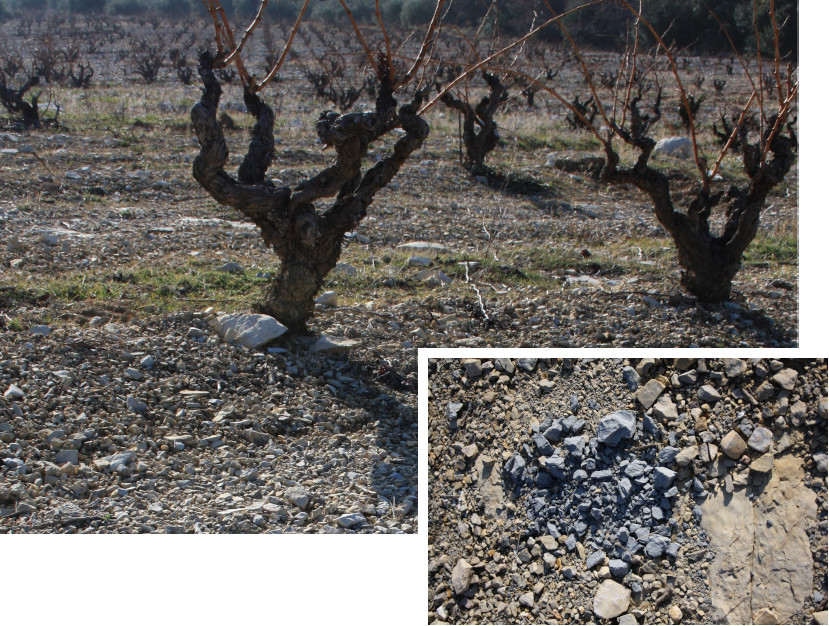 Sandstone limestones with sandy marl from the Upper Cretaceous (Cenomanian) 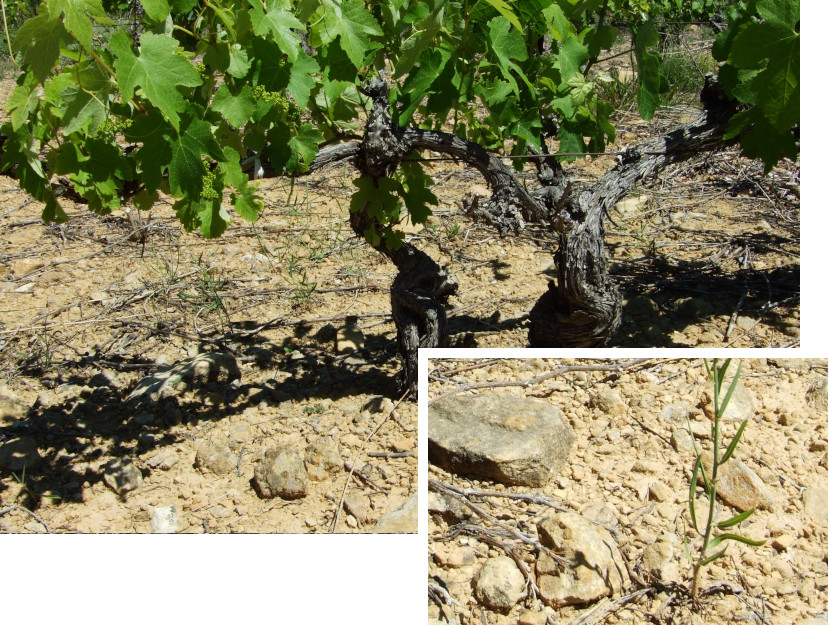 The combination of these geological components gives our Gigondas vineyard an interesting diversity of soils, well defined in the plots ; thus the expression of the Grenache, Syrah, Mourvèdre, Cinsault and Clairette grape varieties on these marls is very typical and allows us to elaborate 3 Gigondas cuvées : Domaine Grand Romane, Romane-Machotte and Le Pas de L’ Aigle. Each wine expresses this exceptional terroir in its own way.

The estate is bounded to the south by massive limestones and dominated by Saint-Amand, the highest point of the Dentelles de Montmirail range. The soils have a high stoniness, which limits evaporation and releases heat at night. The underlying layers of marl retain moisture and moderate water stress during warm years. The presence of sandstone and sands lightens the soil, promotes water infiltration and root penetration into the deep layers. The limestone scree and colluvium are more recent: linked to the erosion of the mountain, they cover these marls. Around the village of Gigondas, a fourth component is added with the presence of “safres” (sandstone and sand) of the Miocene. 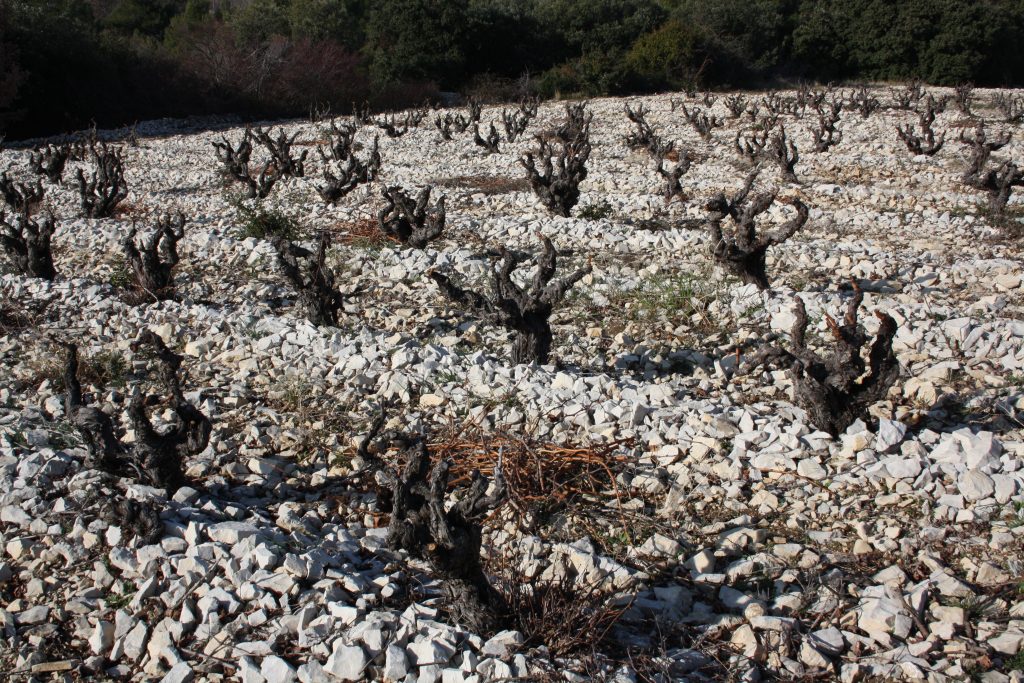 Dense clayey soils from alteration of marls confering structure to the wines. 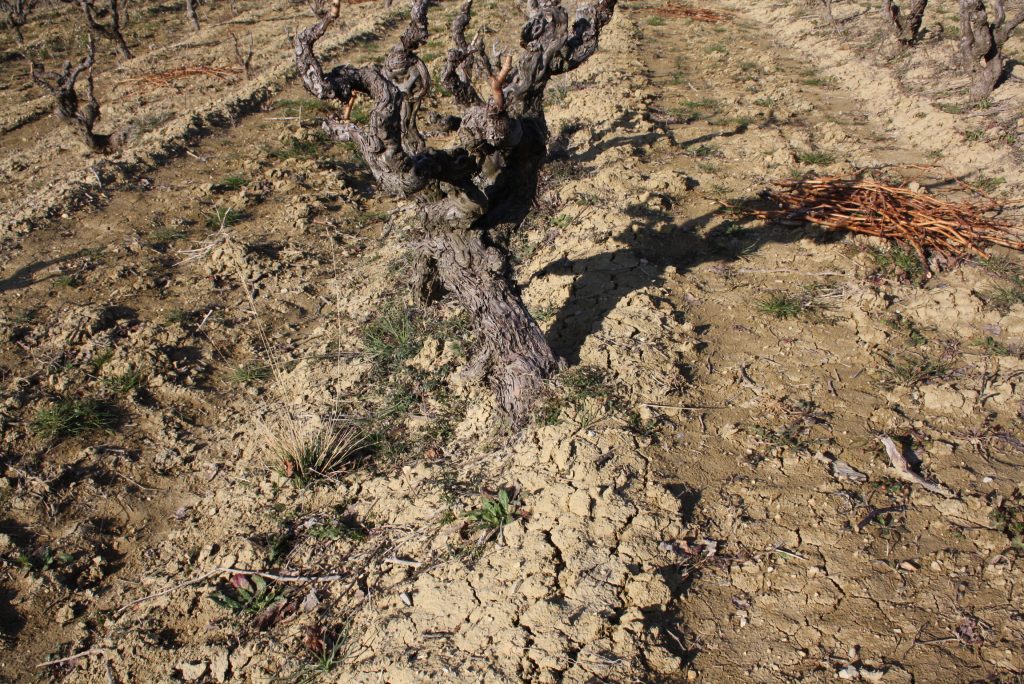 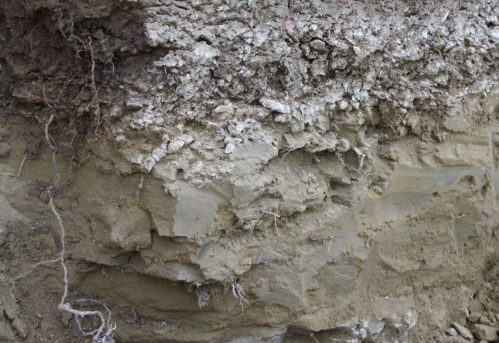 Discover our different types of soils

Marls and Limestone of Romane, explained by Georges Truc, geologist

Open on Saturday in March