The northernmost of the Crus of the southern Côtes du Rhône! 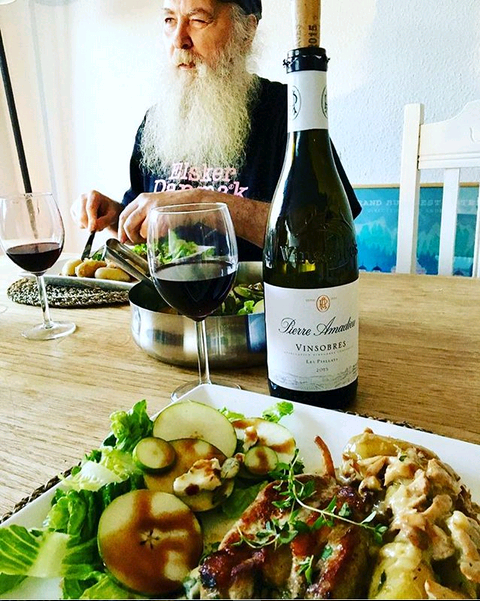 History of the Vinsobres appellation

Historically, the Vinsobres vineyard, although old, has always remained modest in size. Its expansion occurred after 1956, the year of frost, which massively destroyed all the olive groves in the area (14,000 olive trees destroyed out of the 15,000 recorded!) and pushed farmers to switch to less sensitive production.

In French, it is certain that the name “Vinsobres” makes you smile because it juxtaposes two notions that could be opposed (wine and sober). This is the meaning of the pun of the Bishop of Vaison-la-Romaine, who has remained famous since 1663 and who is usually recalled to visitors: “Vinsobres or sober wine, take it soberly!” ( “Vinsobres ou sobre vin, prenez-le sobrement !”)

Located in the Drôme provençale, Vinsobres is one of the highest appellations in the region. The vineyard extends over 7 kilometres on hillsides, ranging from 200 m to 450 m in altitude, only located in the village of Vinsobres. The high hillsides of the hills dominating the alluvial parts are made of materials from the Middle and Upper Miocene. These marls or sandy marls, marine then continental, are crowned by marls and conglomerates of the terminal Miocene particularly rich in coarse elements. On the top of the hills, there are very stony high plateaus. These materials were notched and then filled in during the Pliocene by more or less conglomerate marls to the northeast of the village.

The Vinsobres vineyard benefits from the influence of the Pré Alpes, and the local wind. Its climate is influenced by the Mediterranean Sea. Summers are hot and dry, linked to the rise in latitude of subtropical high pressure systems, interspersed with stormy episodes that can be violent.

The Vinsobres terroir is characterised by a strong Syrah grape variety, which gives the wine its remarkable freshness and spiciness.