Early vintage, small yield and cool nights: a look back at the specificities of the 2020 vintage.

As in 2018, the fall of 2019 was well watered. The months of October and November had 380mm of rainfall (compared to the usual 150mm) and allowed a significant water recharge of the soil. Afterwards, the winter was mild and dry and we observed an early budburst at the end of March. A short period of cold weather occurred just after, with morning frosts. The cumulative effect of the summer drought of 2019, a dry early spring and a cold snap at budbreak, resulted in low bunch emergence in our Gigondas hillsides. 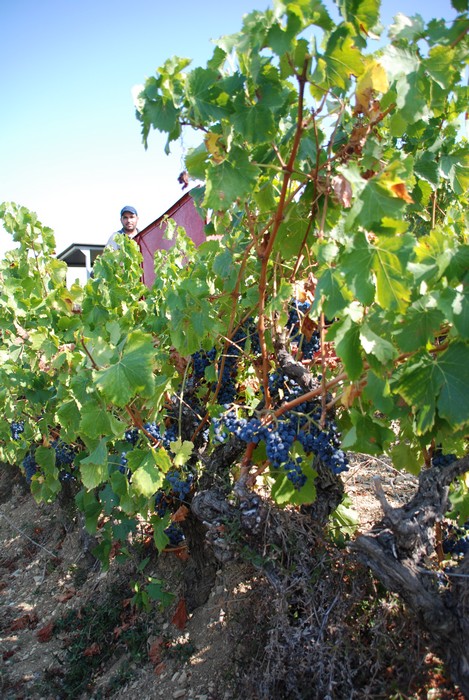 A summer 2020 with a beautiful amplitude between warm temperatures during the day and cooler at night. This temperature difference is particularly important for the ripening of the grapes and the synthesis of phenolic compounds in the berries.

April and May received rainfall close to normal, but with warmer temperatures, which accelerated the vegetative growth of the vines and led us to be particularly vigilant against mildew. Very favorable weather, hot and dry, then set in and the vineyard remained very healthy for the rest of the season.

The flowering took place in good conditions at the end of May / beginning of June, with a good rate of fruit set (transformation of the flower into fruit), which is rather notable for Grenache, the king grape variety of Gigondas, often sensitive to coulure (bad fruit set).

Both summer months remained very hot, with maximum temperatures always above 30°C but without any heat peaks and with relatively cool nights. This amplitude between warm temperatures during the day and cooler at night, which tended to increase at the end of the season, is particularly important for the ripening of the grapes and the synthesis of phenolic compounds in the berries, such as anthocyanins. 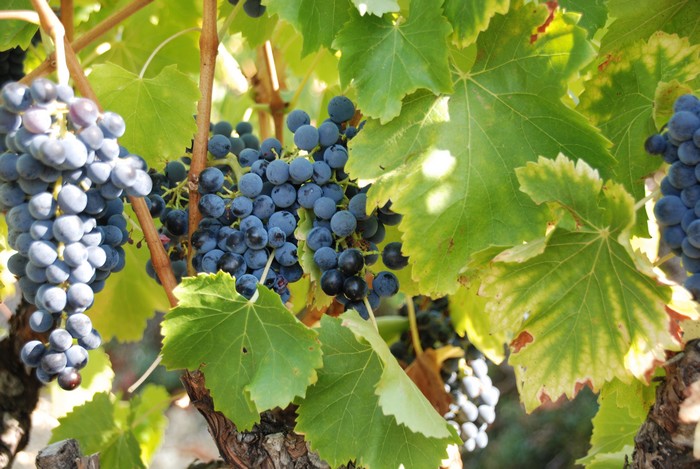 Some thundery rains fell in the region in August, but very unevenly, and very little in Gigondas. Signs of hydric stress were observed in the plots on the plain but none in Romane. Thanks to the cool summer nights and to the clay present in our soils which retains water well, the ripening of the grapes continued without worry.

26 mm of rain fell during the night of August 28th to 29th, very beneficial for the vines and to reach good maturities.

With an early start to the season and a smooth continuation, we are on average one week ahead of last year. 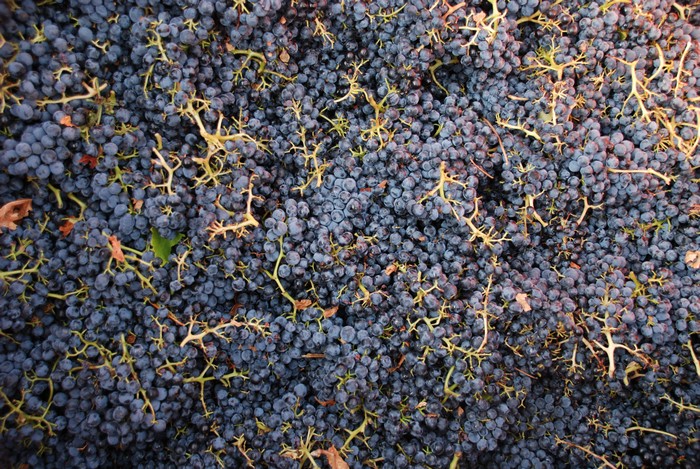 With an early start to the season and a smooth continuation, we are on average one week ahead of last year:

A light rainfall on September 9 perfected the balance of the different compounds in the berries and the first Grenache grapes were added to the vats from September 11.

We were then able to wait until September 14 to harvest the Clairette from Romane, whereas in the plains most of the white grape varieties had been harvested at the end of August, thus confirming the interest for this variety in our high altitude terroirs. The old Grenache vines for the Gigondas le Pas de l’Aigle and the Mourvèdre for the Domaine Grand Romane cuvée were harvested after September 20th.

Even if the average size of the berries remains small, their phenolic composition seems promising, thanks to a hot and rainy after-season, and even if the acidities remain very low (characteristic of a hot and dry summer).

The 2020 vintage promises to be qualitative, with a good potential and very present colors, and so far makes us think of the 2017 vintage. The first fermentations are going well which allows us to work the juices quietly. The tasting reveals us concentrated and ripe juices, on the fruit, with fat and well coated tannins. We do not plan a long vatting time to avoid hardening the wines and to avoid too much extraction. See you in a few months to rediscover them after maturing.