The 2022 season is characterised by temperatures that have remained exceptionally high and a particularly marked drought. 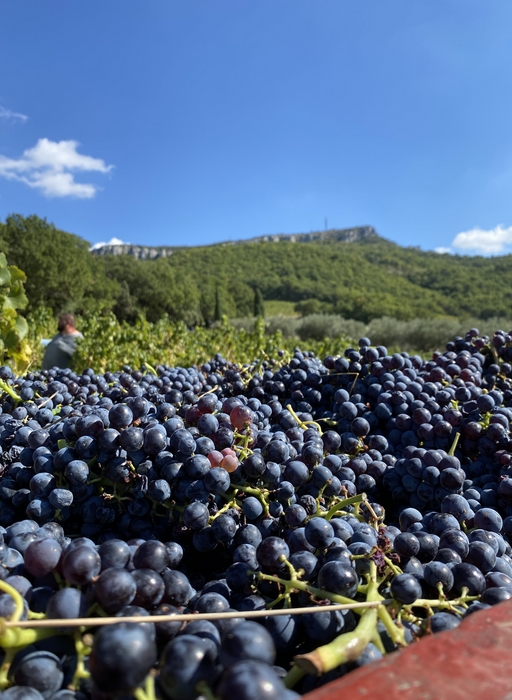 Following the 2021 harvest, the month of October was very rainy. Unfortunately, the following months were largely deficient in terms of rainfall. The winter rains therefore did not allow the soils to be completely recharged with water for the 2022 season.

The rather low winter temperatures were favourable for the vegetative rest of the vines. Budburst took place around 10 April, about ten days later than in 2021, which had experienced frost on these dates. This meteorological event had a positive impact, allowing a good emergence of grapes for 2022.

The rest of the season remained exceptionally dry. The cumulative rainfall was 100mm from 1 January to 14 August in Gigondas; compared to 400mm on average for the same period. Due to the lack of water in the soils, water stress appeared early in the most sensitive Mediterranean areas. The high temperatures accentuated this phenomenon, with average temperatures regularly above the seasonal norm. These high temperatures caused an acceleration in the vegetative growth of the vines, which quickly caught up. The year 2022 thus ranks among the early vintages of the last few years. 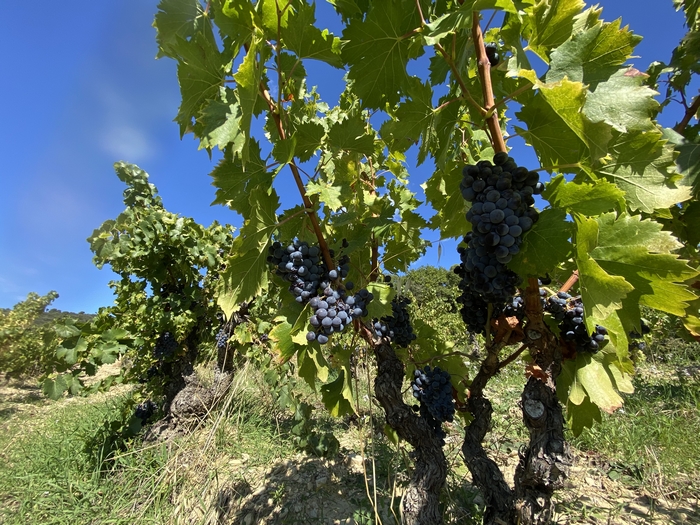 Flowering took place in good conditions at the end of May.

Thanks to this warm and dry weather, the sanitary state of the vineyard remained irreproachable throughout the season. The beautiful grape cluster emergence associated with these conditions allowed us to foresee a very good vintage in terms of both quantity and quality. Nevertheless, the grapes did not ripen properly at the hottest moment. The vine could no longer continue to ripen the grapes, even though the foliage showed no signs of weakness.

The apprehension of harvesting withered and pink bunches or with very small berries dissipated with the arrival of the rains from mid-August. The stormy episode of 14 August brought us 25 mm of rain; then those of 18 and 19 August gave a total of 45mm. These saving rains allowed us to regain confidence in the harvest. The vine cycle was able to resume, and the ripening of the grapes continued without any blockage. 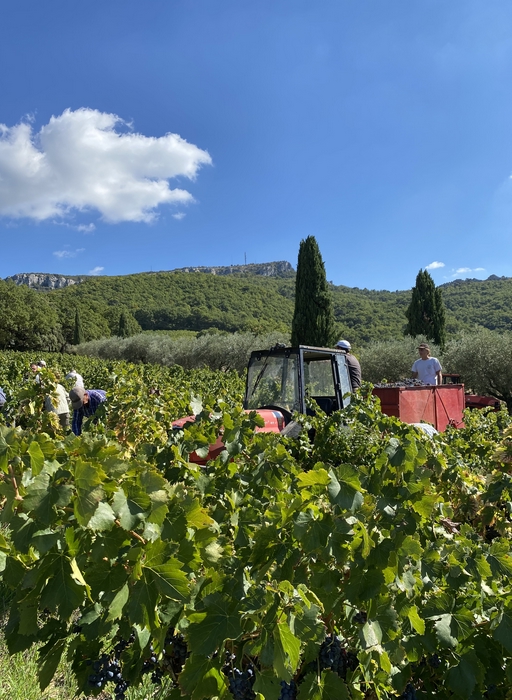 We started harvesting on 29 August with the white varieties of the Vins de Pays for our Viognier-Clairette cuvée.

The rain on Saturday 3 September brought 35mm of water, following which we started the harvest in our Gigondas vineyard by picking the Syrah, Grenache, Mourvèdre and Cinsault for the Gigondas Romane Machotte rosé.

Heavy thunderstorms occurred on 6 and 7 September, bringing another 110mm of cumulative water.

These quantities of water have revived the vegetative cycle of the vine. We saw new leaves grow, and even inflorescences on some vines. This exceptional phenomenon mainly affected the most drought-sensitive vines, which were blocked in their maturation. The old vines, which less suffered from the drought thanks to their deeper roots, reached maturity before the others. We therefore exceptionally harvested our plots destined for the ” Le Pas de l’Aigle ” vintage before the others, starting on September 13.

In the first vats, the aromatic potential seems very promising…